Make More Out of Your Life

The Social Security Ticket to Work program gave Rodney the courage and ability to go back to work and get off Social Security disability benefits. Rodney has a message for other beneficiaries who want to work: “If you want to make more out of your life, then you can.” Finding the American Dream Employment Network (ADEN) was instrumental in making this life-changing event a reality for him.

Rodney was the breadwinner at home, working as a defense contractor in Florida. He worked as an aircraft mechanic making a very good living. Unfortunately, Rodney became unable to work due to a debilitating disease known as Ankylosing Spondylitis (A.S.). This disease is in the arthritis family and causes significant pain, fatigue and inflammation throughout the body. Rodney also experienced mental health issues in addition to the physical ones, such as depression and anxiety. Rodney became so sick that it eventually led to total bedrest. 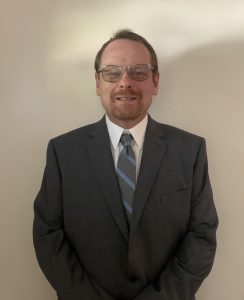 There came a point that something had to change in Rodney’s life. He began exercising and losing weight, which led to improving his outlook on life. This new outlook led him to imagine going back to work full-time. Rodney decided to take things one day at a time, to concentrate on controlling only what he could control. Rodney says, “When I realized this is still my life no matter how bad it is, or how bad I feel, I still need make the best of it for my family. So, I signed up for the Ticket to Work Program.”

Rodney chose to receive services from Amy Tait of Amy Tait Employment Strategies (ATES), a Member of the American Dream Employment Network since 2021. Rodney began participating in weekly phone calls to check in with Amy. Amy’s support to Rodney gave him just enough push to want to investigate different fields of employment that would allow him to adjust to a new career. In searching for new employment, Rodney needed help to know where to start. Amy assisted Rodney by sending him job leads, filling out job applications and helping him prep for the interview process. In addition to assisting with his job search, she was also able to inform Rodney of available work incentives. As a Certified Work Incentive Practitioner, Amy explained the work incentives are different tools to help a Social Security disability beneficiary go to work, earn money and still receive cash benefits until they are able to make the transition off benefits and onto the road to self-sufficiency.

At the end of 2018, what Rodney had originally imagined came to life and he began working again full-time as the Great Lakes Water Maintenance Technician. Rodney continues to work to this day and says this is his “opportunity to share his story to give back to the community… even if it gives only one person the courage to use the Ticket to Work Program.”

Amy Tait Employment Strategies is one of more than 60 ADEN Members nationwide, ready to support you on a career path and towards economic self-sufficiency.  Learn more by visiting the ADEN website.  If you are a beneficiary interested in working, call ADEN at 844-687-2336.