By Donna Walton, Ed.D., Founder of The Divas With Disabilities Project and LEGGTalk, Inc; and Carmelys Vincent, M.A.

Everyone should know the phenomenal work and life of Harriet Tubman who led enslaved Black persons through the Underground Railroad, which was a secret passageway northward to Canada. Often called the “Moses” of her time, she suffered from epileptic seizures. However, the seizures did not deter her from helping enslaved persons to escape. Not letting her impediment hinder her, “Moses” led 70 souls to freedom within 13 trips. Recently, there has been legislation passed to have Tubman be the new face of the U.S $20 bill. 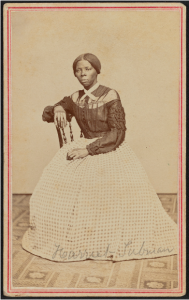 Black Disability History can be observed as early as 1850 when Thomas Wiggins, also known as Blind Tom, who was sold in 1850, along with his enslaved parents, Charity and Domingo “Mingo” Wiggins, to a Columbus, Georgia lawyer, General James Neil Bethune. Born into slavery, Wiggins was an autistic savant and had a wonderful life as a pianist and composer. As a toddler, Wiggins had an affinity for noise and was capable of echoing any sound he heard. At four years of age, Wiggins stumbled upon his master’s piano, taking delight from the sound it made. He was constantly found playing with the instrument and would later have to be removed from it. The realization that Tom was gifted gained him entry and access into the plantation house to learn how to play. He sold out performances in Georgia at age six. By the age of eight, he was hired out to Perry Oliver, as a part of his freak show, which was frequently visited by Mark Twain. He was advertised as the “gorgon with angel wings” because he would go from a state of agitation to serenity once he began to play. Wiggins would go on to become the first Black performer invited to the White House, performing for President James Buchanan. 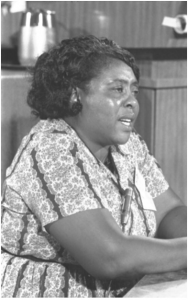 Fannie Lou Hamer and Johnnie Lacy left their indelible footprints on the civil rights movement, in spite of their disabilities. Both born with polio, they were ardent activists and leaders. Fannie Lou Hamer coined the iconic phrase, “I’m sick and tired of being sick and tired.” Johnnie Lacy, born into poverty, directed the Disability Law Resource Center at the Center for Independent Living (CRIL) in Hayward, California for more than a decade. During the late 1970s and early 1980s, Johnnie Lacey succeeded in bringing the issue of disability rights to the Community Service Administration and its agencies through training and outreach. Two of the most notable examples of her leadership are evident in the Las Vegas and San Bernardino programs. Both Lacy and Hamer championed civil rights and fought hard against ableism and racism.

As we commemorate this Black History Month, let us not only remember those who braved the abolitionist movement, the emancipation movement, the industrial labor movement and the social change movement, but let us celebrate the magic of intersection— of living Black and disabled— and being inclusive of the accomplishments of countless African American contemporaries, like myself, living with disabilities and making history every day. By honoring these trailblazers, we set a standard for ourselves and shed a beacon of light on disability as the new black history for future generations to come.

Dr. Donna R. Walton, the author of Shattered Dreams, Broken Pieces, had dreams of international stardom. All it took was one diagnosis at the age of 18 to turn her life upside down. Through the power of reinvention, Ms. Walton got her a new lease on life. Through thousands of hours working with other amputees, receiving national recognition and being featured on C-SPAN for her community-building projects surrounding the beauty of being a Black woman with a disability, Ms. Walton credits her unforeseen success through life’s journey that asks the question, “What’s a leg got to do with it?” Her latest endeavor as the founder of the Divas with Disabilities Project has made an unprecedented impact in the disability and women of color communities as a hub for thoughtful discussion on issues, self-love and showing up, unapologetically in all forms of media. Ms. Walton earned her bachelor’s degree in 1979 from American University, a master’s degree in adult education in 1985 from Syracuse University and a doctoral degree in counseling in 2005 from The George Washington University. As a certified cognitive behavioral therapist, Walton is the founder of LEGGTalk, Inc., a company that motivates and empowers individuals to conquer their personal limitations (real and perceived) and achieve their vision of success.

Carmelys Vincent, M.A., was born with spastic cerebral palsy in 1989. Despite the diagnosis, she overcame several obstacles through perseverance and resilience. She obtained her undergraduate degree in psychology and public service from Rutgers University-Newark. Ms. Vincent obtained her master’s degree in counseling psychology from Washington Adventist University in Maryland; currently she resides in New Jersey. Ms. Vincent current experience is working with The Gem Project and as an intern for the National Institute of Health Office of Space and Facilities Management (OSFM). Currently, Ms. Vincent serves as a data analyst and researcher for the Divas with Disabilities Project.