The second season of Keys to Financial Inclusion will begin on Thursday, May 20, 2021. A new episode will be released each month.
Sign up to receive email notifications about new episodes.

The CDICD is working to build the awareness that people with disabilities are a part of all communities and advocating to ensure that the needs of the disability community are included in community development activities including those under the Community Reinvestment Act (CRA).

The CDICD is sponsored by:

The second season of Keys to Financial Inclusion will begin on Thursday, May 20, 2021. A new episode will be released each month.
Sign up to receive email notifications about new episodes.

The CDICD is working to build the awareness that people with disabilities are a part of all communities and advocating to ensure that the needs of the disability community are included in community development activities including those under the Community Reinvestment Act (CRA).

The CDICD is sponsored by:

The podcast series’ guests include thought leaders from federal regulators, financial institutions, universities and national organizations who share their perspective on the inclusion of people with disabilities in community development activities and Community Reinvestment Act (CRA) activities.

To listen to the Keys to Financial Inclusion podcast, visit each guest’s profile below:

Mr. Hood was previously nominated to the NCUA Board by former President George W. Bush and served from November 2005 until August 2009. During his first term on the Board, he was appointed Vice Chairman.

Rebecca Cokley is the Disability Rights program officer in the Office of the President at the Ford Foundation. She previously served as the Co-Founder/Director of the Disability Justice Initiative at the Center for American Progress. A three-time Presidential appointee, Rebecca has spent her career bringing the disability community together with the progressive movement, and bringing the progressive community to the table on disability rights with the goal of strengthening both causes. She is the 2020 Richman Distinguished Fellow in Public Life for Brandeis University and has a Bachelor’s Degree from the University of California Santa Cruz. Rebecca is currently working on her first of two books.

Lael Brainard took office as a member of the Board of Governors of the Federal Reserve System on June 16, 2014, where she serves as Chair of the Committees on Board Affairs Financial Stability, Payments, Clearing, and Settlement, and Reserve Bank Affairs. Prior to her appointment to the Board, Dr. Brainard served as Undersecretary of the U.S. Department of Treasury and Counselor to the Secretary of the Treasury. Previously, Dr. Brainard was Vice President and the Founding Director of the Global Economy and Development Program at the Brookings Institution. She served as the Deputy National Economic Adviser and Deputy Assistant to the President and Sherpa from 1998 to 2000. Brainard was Assistant and Associate Professor of Applied Economics at the MIT’s Sloan School of Management.

Professor Baldwin is a health economist with an international reputation for her research on employment discrimination against workers with mental disorders. She is the author/co-author of more than 50 articles and book chapters, as well as a book, Beyond Schizophrenia: Living and Working with a Serious Mental Illness, which analyzes the barriers to employment encountered by persons with serious mental illness from the dual perspectives of a health economist and a parent. Professor Baldwin’s research has been supported by the National Institute of Mental Health (NIMH), National Institute on Disability and Rehabilitation Research, and the National Institute of Drug and Alcohol Abuse, among others. She is currently principal investigator for a four-year study on disclosure of serious mental illness in the workplace, sponsored by NIMH. Professor Baldwin is a member of the National Academy of Social Insurance, the American Society of Health Economists, the National Alliance on Mental Illness and serves on the National Advisory Mental Health Council for NIMH.

In March 2020, Karen Tamley became the new President and CEO of Access Living, a Chicago-based service and advocacy nonprofit organization for people with disabilities. Prior to that, Karen served for 14 years under three Chicago Mayors as Commissioner of the Mayor’s Office for People with Disabilities, where she advanced accessibility and disability inclusion in the areas of transportation, city infrastructure, technology, emergency planning, education, and employment and oversaw the delivery of direct services to thousands of Chicago’s disabled youth and adults. In 2016, President Obama appointed Karen to serve on the United States Access Board, which develops national accessibility guidelines and standards, and she was elected as Chair in 2019. Most recently, Karen served as a member of the Biden-Harris Presidential Transition team.

Aimee Wehmeier (President, Paraquad), Jeff Mazur (Executive Director, LaunchCode) and Kathy Lovell (Manager of Disability Services and Outreach, Regions Bank) join the second season of the Keys to Financial Inclusion podcast. Our guests shares their thoughts on what inclusive community development looks like, and the financial challenges facing families today. Discover how policy makers, regulators, foundations, nonprofits and businesses can work together to promote greater equity and inclusion, particularly as it relates to persons with disabilities.

Ray Boshara, Director of the Center for Household Financial Stability at the Federal Reserve Bank of St. Louis 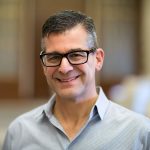 Ray Boshara is Director of the Center for Household Financial Stability at the Federal Reserve Bank of St. Louis. The Center conducts research around family savings, assets and debts. He is also a senior fellow in the Financial Security Program at the Aspen Institute. Before joining the Fed in 2011, Boshara was vice president of New America, a think tank in Washington, D.C., where he launched and directed the Asset Building, Financial Inclusion and Next Social Contract policy programs. He also served as policy director at CFED (Prosperity Now) and on the domestic policy staff of the U.S. House Select Committee on Hunger. Boshara is widely credited with leading the campaign to enact the Assets for Independence Act, which created thousands of Individual Development Accounts throughout the U.S. He also forged Baby Bonds, Roths at Birth and other bills in the U.S. Congress to establish savings accounts for all children. Over the past 25 years, he has advised presidential candidates, as well as the George W. Bush, Clinton, Obama and Trump administrations. He has testified before the U.S. House and Senate several times. Boshara has written for The Washington Post, The New York Times, The Atlantic and the St. Louis Post-Dispatch, among others, and is frequently quoted by local and national media outlets. His book, The Next Progressive Era, co-authored with Phillip Longman, was published in 2009. Raised in Akron, Ohio, Boshara is a graduate of The Ohio State University, Yale Divinity School and the John F. Kennedy School of Government at Harvard.

As the Manager, Financial Capability at NeighborWorks America, Molly Barackman-Eder designs, administers and evaluates programs and initiatives for nearly 250 nonprofit organizations across the United States, including the District of Columbia and Puerto Rico. NeighborWorks organizations provide financial capability services integrated with community development and affordable housing activities. The diverse network serves people at every point on the asset-building continuum, helping people stay in their rental residences, purchase homes and achieve other financial goals. Prior to joining NeighborWorks America, Barackman-Eder served as a Financial Wellness Manager at Goodwill Industries International and Staff Assistant for the U.S. Senate Committees on Appropriations and Rules and Administration. She earned her MBA from Georgetown University and BA in International and Comparative Political Science from Western Michigan University. 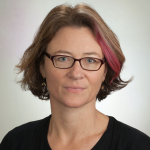 Annie Harper is a cultural anthropologist working as an Associate Research Scientist in the Program for Recovery and Community Health, where she conducts research on poverty, finances and mental illness. She is interested in addressing the social determinants of mental health, focusing in particular on how the financial services and retail industries could better serve low-income people generally, and people with mental illness in particular. Harper works closely with the City of New Haven and the broader community’s efforts to provide support to low-income residents struggling with financial difficulties. 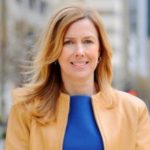 Jeanne Milliken Bonds is a Professor of the Practice for impact investment and sustainable finance at the University of North Carolina’s Kenan Flagler Business School. She previously led community development at the Federal Reserve Bank of Richmond. Bonds is a former mayor and serves on numerous boards and committees in North and South Carolina, including chairing the SC Community Capital Alliance, a CDFI. 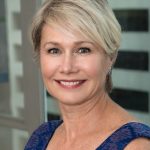 Dara Duguay is the CEO of Credit Builders Alliance (CBA) in Washington, D.C. Prior to joining CBA, she ran her own consulting practice and advised clients such as TD Bank, the World Bank Group, Experian, Visa and SunTrust Bank on their financial education efforts. Duguay was the Director of Citi’s Office of Financial Education and oversaw a $200 million global commitment. Preceding her work at Citi, she served as the founding Executive Director of the Jump$tart Coalition for Personal Financial Literacy, which advocates for increased financial education for youth. Duguay started work in the field as the Director of Education for the Consumer Credit Counseling Service of Los Angeles. An accomplished author, she has published four books, including the critically acclaimed Please Send Money: A Financial Survival Guide for Young Adults and her latest release, From Wall Street with Love. 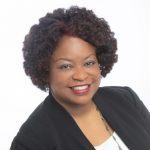 Darlene Goins is senior vice president and head of Financial Health Philanthropy for the Wells Fargo Foundation, one of the largest corporate foundations in the U.S. In 2019, the Wells Fargo Foundation donated $455 million to unlock and accelerate economic opportunity for underserved communities with a strategic focus on housing affordability, small business growth and financial health. Goins is responsible for leading solutions that can empower diverse and vulnerable populations to save money, reduce debt, and build financial stability. She joined Wells Fargo from FICO, where she led a consumer credit score program that earned allocates from the Obama Administration. Goins is based in San Francisco and currently serves on the board of directors for the American Bankers Association Foundation and Jump$tart Coalition for Personal Financial Literacy. 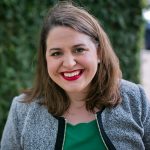 Maria Town is the President and CEO of the American Association of People with Disabilities. In this role, she works to increase the political and economic power of people with disabilities. Prior to this, Town served as the Director of the City of Houston Mayor’s Office for People with Disabilities where she advocated for the rights and needs of citizens with disabilities, served as a liaison between the mayor, city council, city departments and other public and private entities on matters pertaining to people with disabilities in Houston, and established local and national partnerships to advance inclusion. Town is the former senior associate director in the Obama White House Office of Public Engagement where she managed the White House’s engagement with the disability community and older Americans. She also managed the place-based portfolio and coordinated engagement across Federal agencies. While at the White House, Town hosted an inclusive fashion show that highlighted the efforts of makers and designers to enhance disability integration. Prior to this, Town was a policy advisor at the Department of Labor’s Office of Disability Employment Policy (ODEP). While at ODEP, Town led and coordinated numerous efforts to improve employment outcomes for youth and young adults with disabilities. She has particular expertise in areas of youth development and leadership and promoting college and career readiness for all youth. In addition to her disability policy work, Town is the creator of the popular CP Shoes blog where she writes about fashion, design and disability. She was recently named to the Susan Daniel’s Disability Mentoring Hall of Fame and to the inaugural class of Emory University’s 40 Under 40. She hails from Louisiana, where her family still resides.

National Disability Institute works to improve the financial health and well-being of people across the spectrum of disability.
If you have questions or want more information about our projects, please call (202) 296-2040 or email ask@ndi-inc.org.